I’ve just returned home from a couple of weeks travelling through Colombia, a country where preconceptions are inevitably misconceptions. Behind its dark recent history, Colombia is a place that’s rich in life and colour. Travel here and you discover that its cities are sophisticated, its landscapes inspiring, and its people somehow retain their beauty despite the party that never seems to end.

Here’s a short look at the many colours of Colombia. 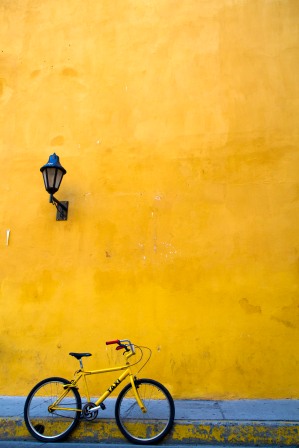 The streets in the old city of Cartagena are so narrow that it’s not unusual to see larger vehicles making three-point turns just to get around corners. Which makes this ‘taxi’ the perfect vehicle for negotiating these slivers of streets. 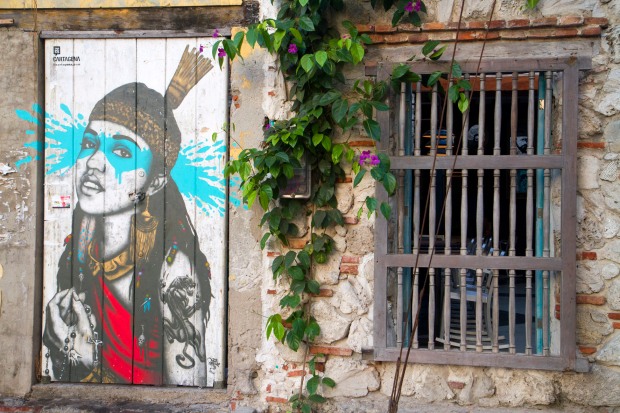 Cartagena’s old city has a polished, sometimes over-elegant appearance that quickly fades as you stroll into the neighbouring Getsemani district. Not so long ago, Getsamine was a dangerous, avoid-at-all-costs neighbourhood, but today it’s an intriguing combination of dilapidated and emerging. Murals fill rough walls, and the window on the right belongs to a tapas bar that wouldn’t be out of place in New York. 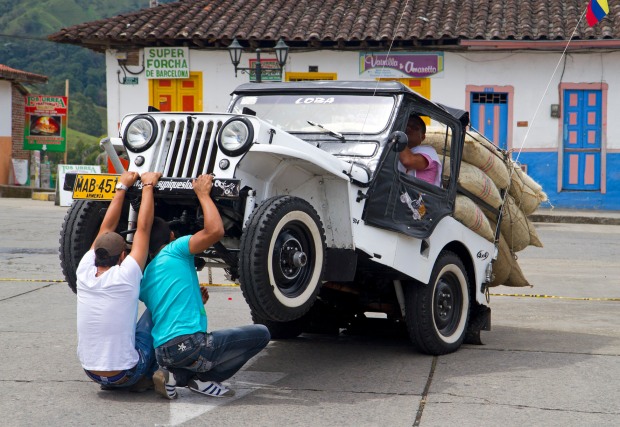 Who needs a jack when you can simply fill the back of a Willys jeep with enough bags of rice to get the front wheels airborne, allowing easy access beneath the engine? One guy supports the vehicle – a gesture, really – while the other tinkers at the engine. 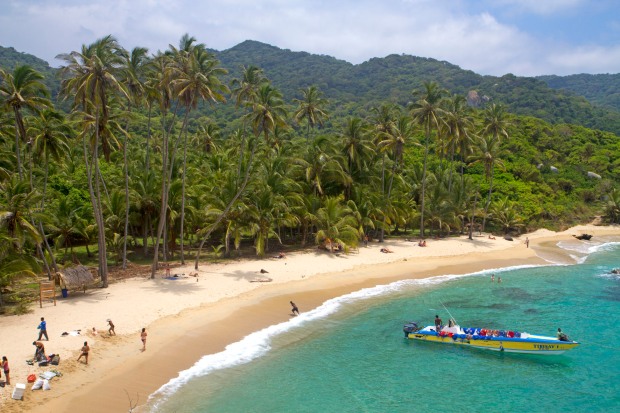 Along Colombia’s Caribbean coast they’ll happily inform you that the beaches of Tayrona National Park were once rated as the second most beautiful in the world. It’s an entirely subjective rating, but after I hiked for five hours to reach them, crossing the jungled hills behind in 38-degree heat and 90% humidity, I was ready to believe. 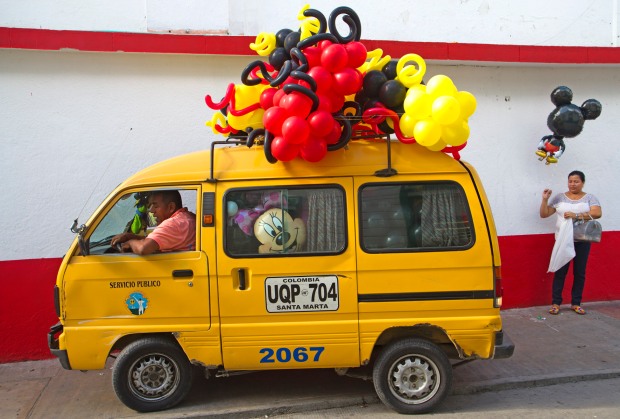 In Santa Marta, the oldest city in South America, they were celebrating the Festival of the Sea, which was a boon for local balloon vendors, including this bloke I encountered in a side street. One day he might even sell enough balloons to afford a larger van that holds a bit more stock. 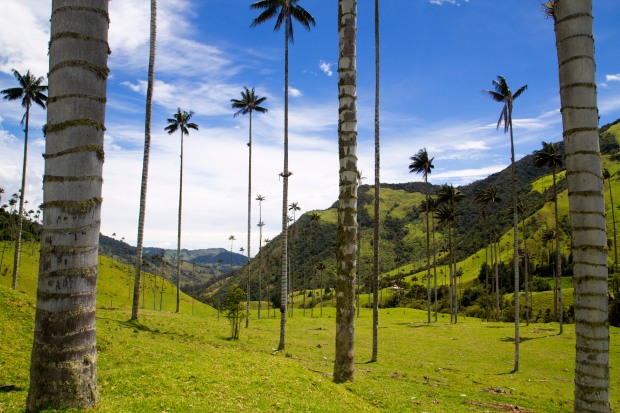 In Colombia’s World Heritage-listed coffee region, a single valley is home to the country’s national symbol: the wax palm. Spearing out of the hillsides and farmland, these palms are the tallest in the world, rising ramrod straight to heights of up to 70 metres.

Adventure before Avarice travelled to Colombia with the South America Travel Centre.

* If you’re enjoying this blog, head across also to Adventure before Avarice’s Facebook page for a world of adventure news and happenings.

10 thoughts on “Colours of Colombia”